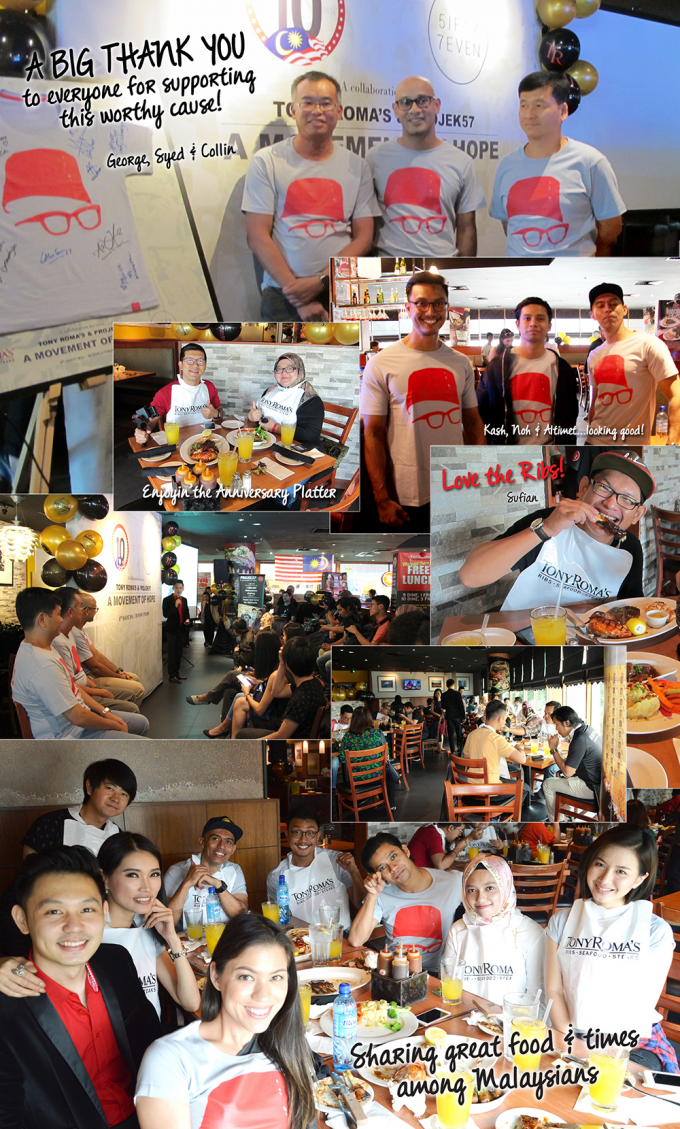 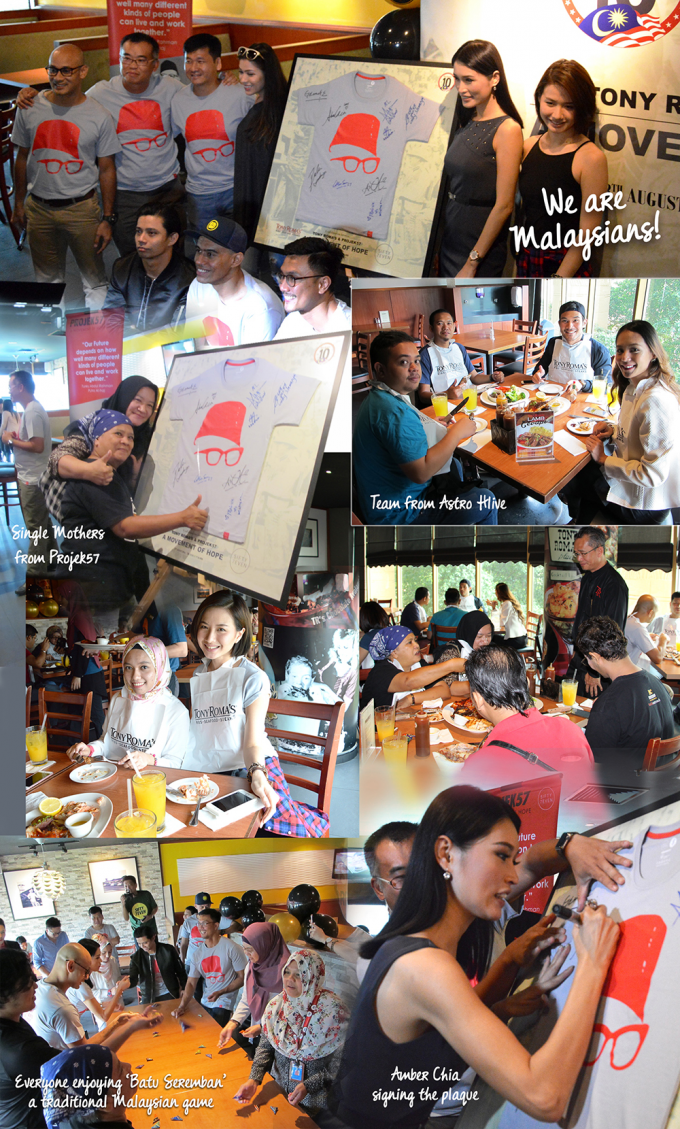 In conjunction with TR's 10th Anniversary and Merdeka Day, Tony Roma’s is collaborating with Projek57 to spread our founding fathers'message of hope among all Malaysians. Friends, celebrities, Projek57's founders and distinguished members of the media were invited to an exclusive treat at Tony Roma’s Sunway Pyramid on 8th August 2016 to support this meaningful cause. The event was highlighted by having some Projek57's single mothers indulging in the latest Anniversary Platter together with the invited celebrities and media for a memorable day.

Let's spread positive messages of love and hope that we have for our country and remind people of the nation’s founding values – and what better way to do that than by collaborating with ‘Projek57’! - George Ang, CEO of Revenue Valley Group