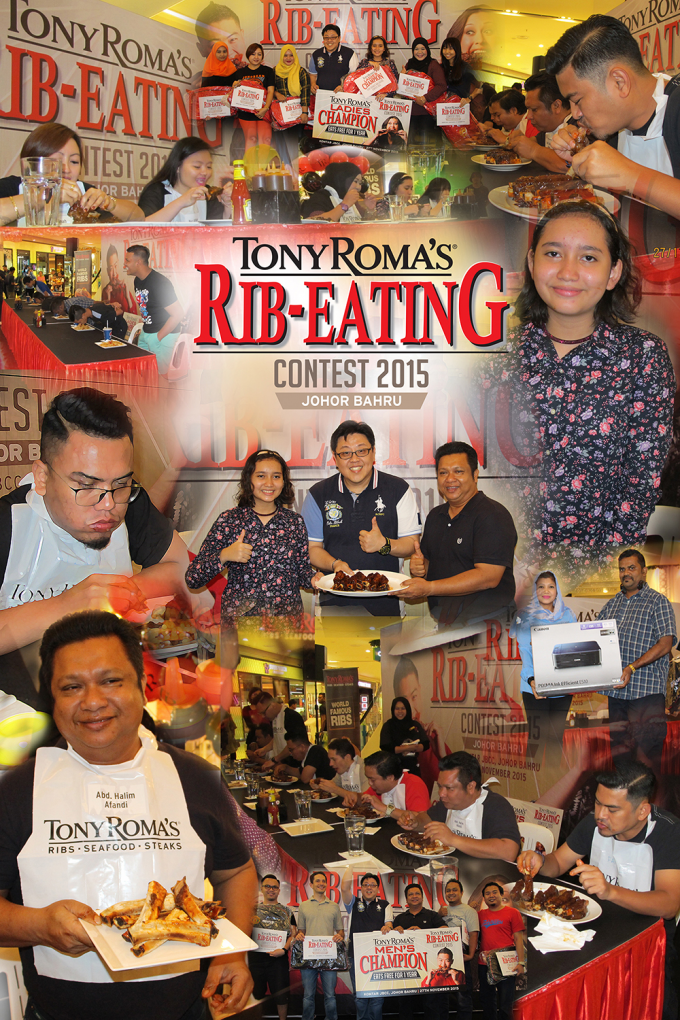 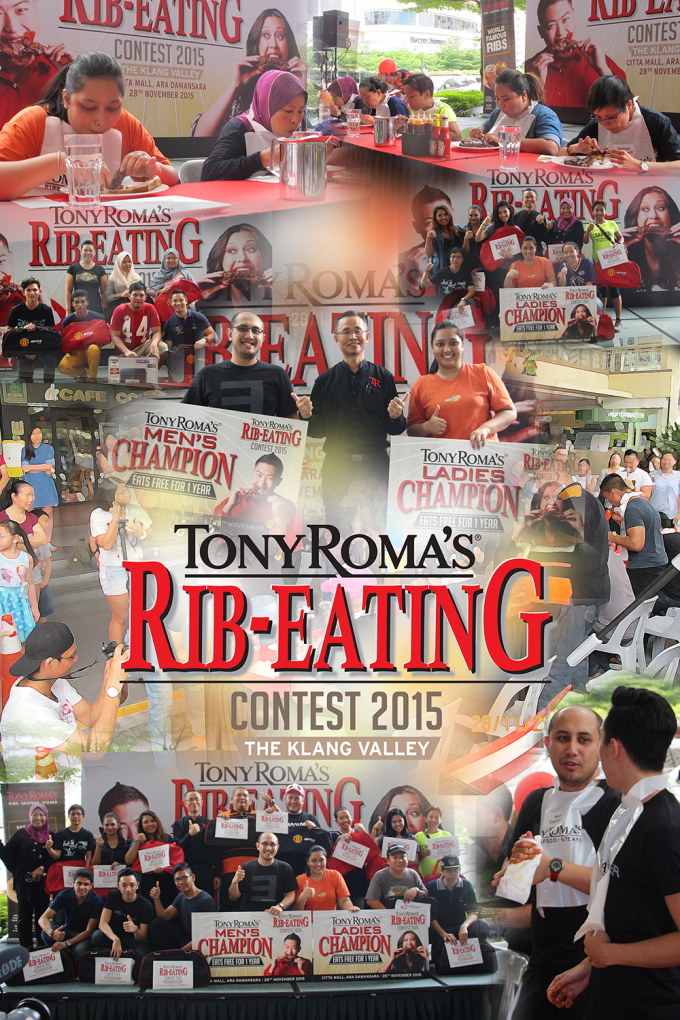 It was a face-off of gastronomical proportions when hungry tummies and focused appetites faced their main competitor this November - the Tony Roma’s Bountiful Beef Ribs! In the highly anticipated Tony Roma’s Rib-Eating Contest 2015 finale, eight male and eight female finalists each from Johor and the Klang Valley geared up their appetites to be crowned the ultimate Rib-Eating champion at Komtar JBCC, Johor Bahru on 27 November 2015 and Citta Mall, Ara Damansara on 28 November 2015.

The female contestants had their challenge cut out for them in the form of Tony Roma’s indulgent Beef 3, while the men competed with the “heavyweight” Beef 10! The smell of barbeque filled the air as the contestants suited up for their feast with one important rule - they had to finish the ribs with Tony Roma’s original BBQ sauce all over their faces in the fastest time!

At the nail-biting grand finale in Johor; Abdul Halim Afandi clinched the title of Champion Rib-Eater in the men’s category with a time of 13 minutes and 31 seconds.  The female category was won by a 12 year old, Aalia Zaafira who finished in three minutes and 17 seconds.

At Citta Mall, Meor Ezammer was crowned Rib-Eating Champion in the men’s category at eight minutes and 49 seconds while Nurul Nadiah Che Mat grabbed the champion title in the female’s category at two minutes and 29 seconds.

Congratulations to the Champions and a Big Thank You to all the support from our loyal and new guests in making this contest a huge success.